Although its origins are disputed, a traditional Anzac biscuit has been a favourite of Australians and New Zealanders since the 1920's. Some contain coconut and other slight variations, but here's one that's tried and tested.

In a small saucepan, combine butter and golden syrup. Heat on low until melted

In a large bowl, mix the flour, sugar and oats. Make a well in the centre

Pour the bicarb and butter mixtures into the dry ingredients. Combine

Form the biscuits into 20cm round balls and place on lined baking trays, ensuring there is space for them to spread

Bake for 20 minutes or until golden brown. 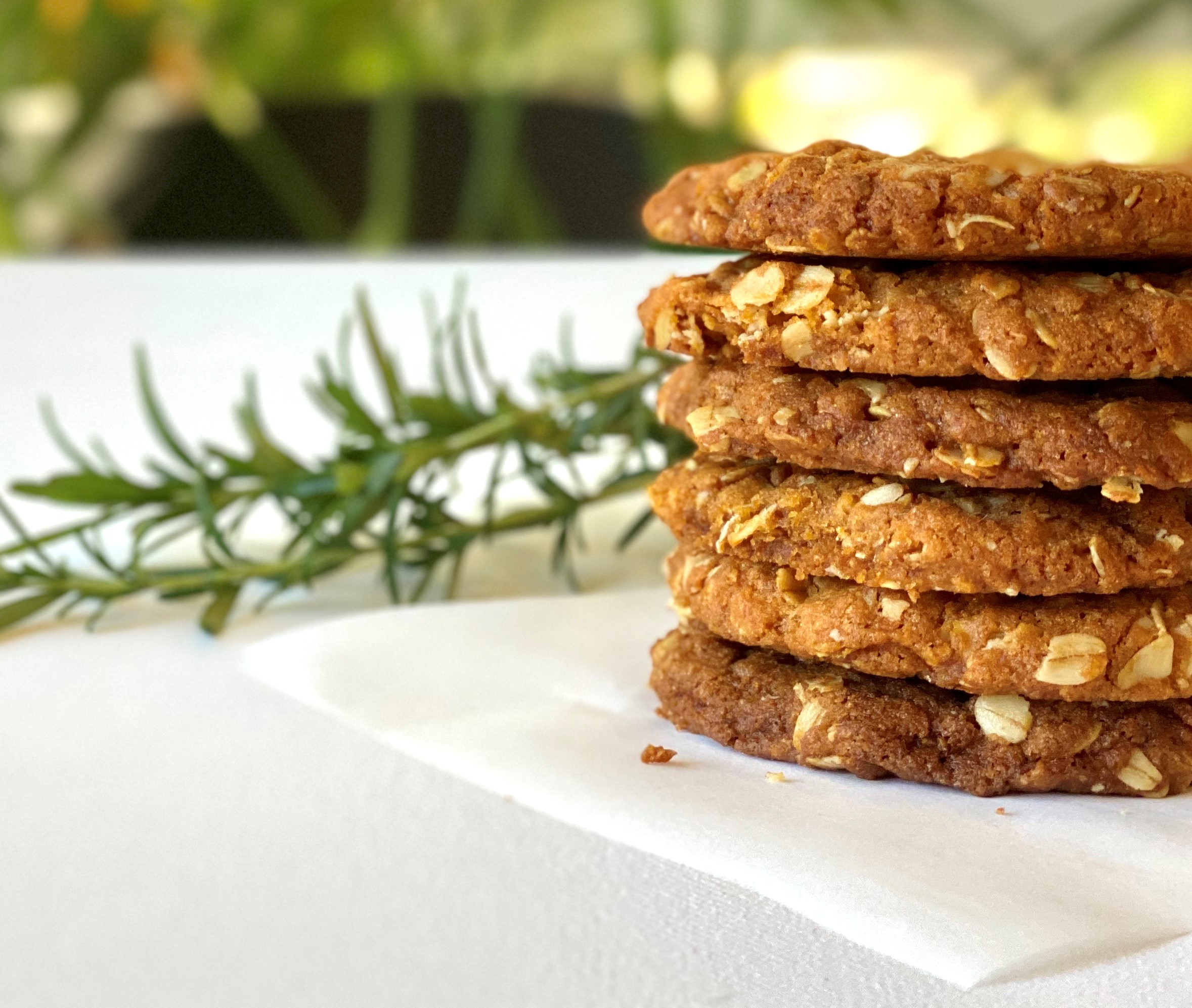